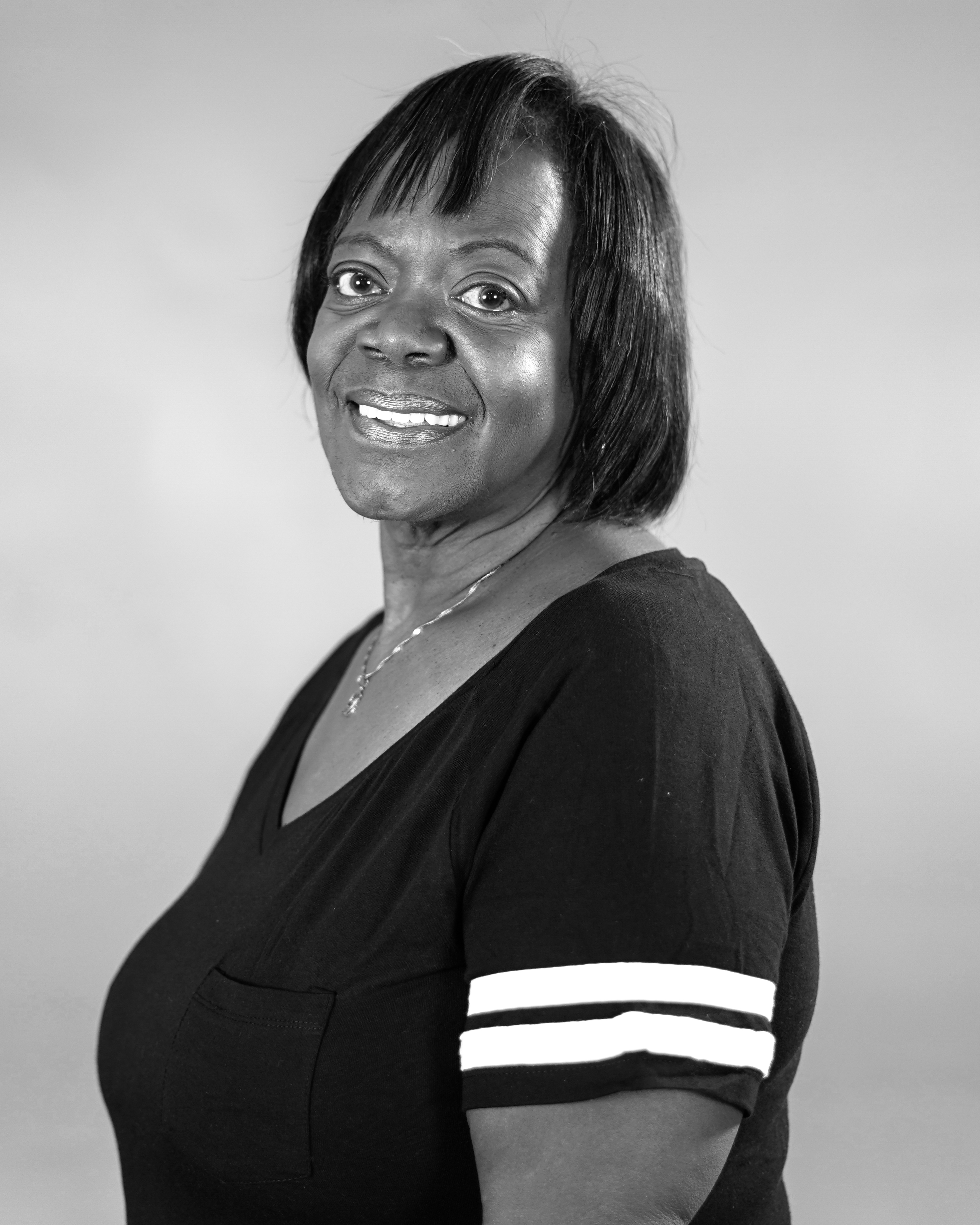 My name is Deborah Fisher, I am a Grassroots Maternal and Child Health Leader. I live in Indiana, on the Westside of Indianapolis. I am originally from Toledo, Ohio. My purpose for participation in this program is to promote change in our communities to ensure the health and well-being for all pregnancies, infants, and families. It is my desire for my story to inspire others in their journey through parenthood.

I would like to begin my story by affirming that it is very devastating to lose a baby. After the loss of seven pregnancies, I was able to continue on and try to focus on better days. The most horrific experience was the loss of my first baby. I was able to carry her to the seventh month of my pregnancy. She was born on July 4, 1974. She weighed two pounds. I named her Monica Lynette. The doctors told me that for some unknown reason, the placenta detached from my uterus and that led to the early birth of my child. Monica passed away that very same day.

During that day and time, doctors, nurses, and everyone else involved thought if someone lost a child the best way for them to recover is to take away the parents’ rights to see and hold their baby (out of sight, out of heart, and out of mind). Unfortunately, that was not a true remedy. While preparing for my baby’s funeral people gave me sympathy cards, notes and flowers. I put the cards and notes in a photo album, and I dried out some of the flowers and added them to the photo album. For many years I carried that photo album everywhere as if it were Monica.

I had a slight image in my mind of what she looked like when she was born. I could not see her very well because I wore glasses and I did not have them on in the delivery room. Also, I was so distraught that wearing the glasses would not have been any help. I could only imagine what she looked like. As time went on, I began to look at other little babies and girls, and think, “What if Monica never died, what if that is really my little girl and they gave her to somebody else?” Well, I thank God, that I was able to rid myself of that idea.

After Monica, I lost five more pregnancies. They were miscarriages, so I never learned of the sex of the babies. After the last miscarriage, I had a mental break down. I just could not understand why I was losing babies and there were people out there who were abusing their children, or making choices to abort their babies! I needed psychiatric help. One day my psychiatrist asked me a question. She said, “There are babies out there that need love and care. Have you ever thought of adoption?”

I told her that I thought of adoption but, I did not want to mention it to my husband because he always did everything in his power to make me happy, and I did not want to him to feel obligated to say yes if he did not want to adopt. She laughed! I remember thinking at that time, “What in the world is so funny”? She then said, “I am not laughing at you, I asked your husband the same question, and he gave me the exact same answer.” On that note, we went through the process of becoming adoptive parents.

The first two children were placed in our home, in the Spring of 1983. They were siblings (we decided on siblings because we felt they would be able to grow together and share a common bond). They were considered legal risk. This meant that if their natural mother complied with her placement plan, she could have get her children back. The legal risk condition went on for about two years. We prayed constantly, and asked God not to take our children away from us (we were attached to these two wonderful babies and we felt that they were ours). We spoke often about how happy we were, and how we felt it was a blessing that God had given us our two children, a boy and a girl. They made our family complete.

On February 1,1985, we were notified by the agency that we could seek assistance from an attorney and proceed with the adoption. This was the most exciting news that we had received in a long time. We thanked God; we were absolutely elated!

On February 14, 1985, I was not feeling well, and I contacted my doctor’s office and was given an appointment. During my visit with the doctor, I expressed that I couldn’t keep food on my stomach, and my skin was very dry. I was also experiencing cold symptoms. I asked him if he could just give me something for my cold. I told him that I felt if he could just give me something to alleviate my cold symptoms, I would feel better and I could handle the other symptoms.

The doctor examined me and left the room. When he returned, he said he had some bad news and some good news. He said, “the bad news is, I cannot give you anything for your cold, and the good news is; you don’t have a cold…you are pregnant.” I was in disbelief. I was scheduled to see the Obstetrician (OB) within the next couple of weeks. At that appointment I was told that the baby’s heart should be able to be heard. However, the baby’s heartbeat could not be heard. This confirmed my belief that I was indeed not pregnant. My next appointment was about two weeks later. During that office visit, the doctors was able to confirm a heartbeat and I was given a due date of October 8, 1985.

On June 12, 1985 I began experiencing pain in my lower back and stomach. I called the doctor’s office and was told to come in and be seen. During that office visit I was told that the baby was just sitting in a low position, and that was perfectly normal. I returned home and continued to experience pain. The pain seemed to be worsening as the day went on.

Finally, as it got towards 11:00 p.m., I could not stand the pain and made a call to the emergency room. The physician who was on call asked, “Didn’t you go into the office today?” I said, “Yes.” He responded “You were told that the baby is just in a low position, if you want to act like a baby go to the emergency room.” I went to the emergency room, and after being examined I was told that I had already dilated three centimeters. There was nothing that could be done to stop it. The baby, Stacy Renette, entered into this world weighing in at 1 lb. 4 ½ oz. A short time after her birth, the doctor advised us not to get too happy about her because she probably was not going to live. Premature babies her size usually does not survive. He also reminded me of my pregnancy history. We prayed and asked God for his help.

Guess what? God answered our prayers, Stacy Renette is still among us, and is now thirty-four years old. Stacy’s father, the late James L. Fisher III has passed away and is not here to see how much this miracle baby has grown. I thank God for allowing me the opportunity to be here to watch this child grow into a wonderful young lady.

In our lives together, James and I were able to adopt four more children. Three of them were siblings. We felt that we were given such a huge blessing being able to give children in need a loving home. After Stacy’s birth, unfortunately, I lost one more baby. He was just too small. He (Robert Clayton), was born during the fifth month of my pregnancy. This experience was totally different than my first experience. With his birth and passing I was able to acquire acceptance in a much different way. When he was born, I was able to hold him, touch him, look him over, and thank God for his existence. It was a sad experience but, I was able to recover more quickly, and accept that this was God’s will. I kept a little silk flower arrangement from his funeral and sometimes I take it out to look at it. It gives me comfort and peace in my remembrance of him.

As the children grew, and everyone was able to be in school all day, I decided to do something for me. I decided to return to school in order to seek a college education. One day, I received a call from Child Protective Services (in Ohio, Lucas County it is called Children’s’ Services Board). I was asked if I would be interested in taking care of a child who needed care. They promised that it would be very short term. I responded with a great-big “no.” The childcare worker said that she felt he would be a good fit for our family. I thought about it and decided that this child deserved to be in a place where he could be loved and cared for.

The child was placed in my home, and I bet you cannot guess the outcome. He is all grown up, and still living with me. Even though he is all grown up he is still my baby.

I continued with my education, I earned a bachelor’s degree in Social Work, I earned a master’s degree in Education, and it is still my vision to earn my PhD. I believe in my heart that fulfilling this dream will lift me up higher on the social ladder allowing me to have the ability to help many, many people. 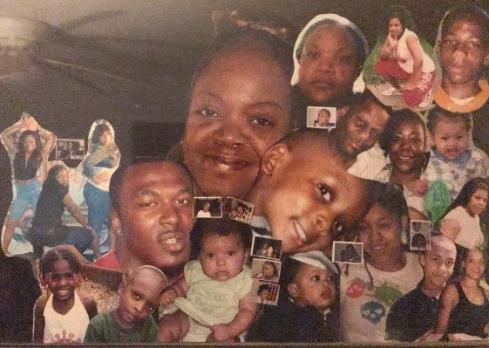 Lastly, I believe that hard times happens in every family. The effects of substance abuse, and mental illness sometimes lead to grandparents and other extended family members caring for the little ones. I have been caring for my grandson since he was seven years old. He is now 14. The system seems to fall short when it comes to these situations. Many times, it so very hard to withstand the natural parent(s) coming in and out of the child’s life, having barely enough money for their basic needs, and having your parenting skills undermined by the natural parent(s).

My grandson now says that he is glad that God made me a part of his life and he does not know what he would do if I was not here for him. My grandson is a very intelligent young individual with a great-big heart full of love. He has mentioned that he sometimes feels that he is in the middle of this whole situation. He says that he loves his mother very much, but he also loves me. I tell him that it is all right to love us both. I pray that he continues to grow healthy and strong.

I am grateful to be a Grassroots Maternal and Child Health Leaders. This program has given me the chance to work meticulously within my community towards ensuring the well-being of all pregnancies, infants and families.