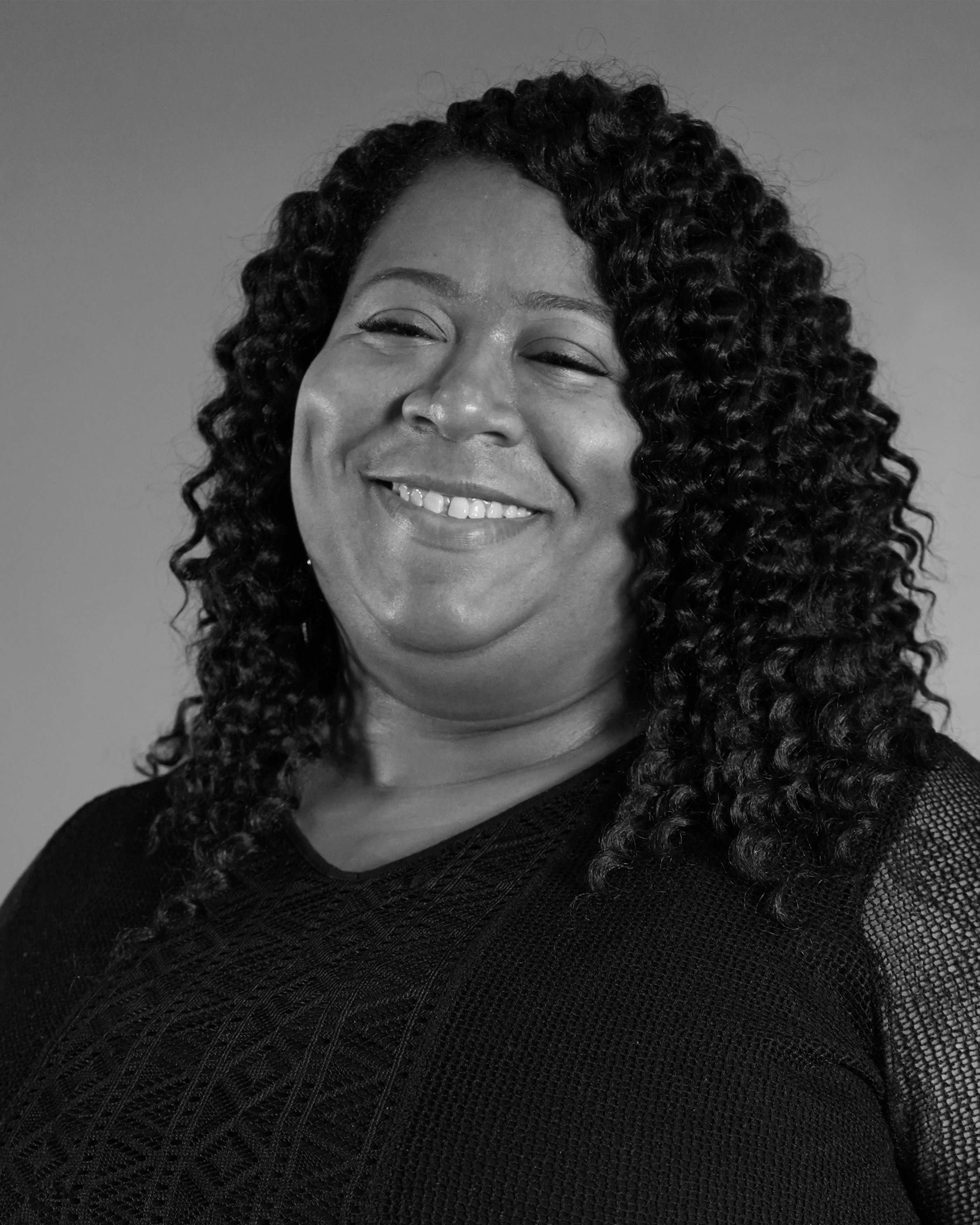 Ring… Ring… Ring…“Toy get over to Monica’s quick it’s Keisha.”

I assumed it had been another altercation between mother and daughter. Typical teenage mother daughter tug of war. Either way I rushed to my aunt’s house as fast as humanly possible. I am the family mediator, the go to person; but nothing could have ever prepared me for what I was about to encounter that summer day, August 18, 2016.

In Indiana, one baby dies every 14 hours. That means 7.3 in every 1,000 babies born will die within their first year of life.

Hello, my name is LaToya Hale-Tahirou. I have three children, and to lose one of them would be by far the worst thing that could ever happen to me. I have worked as a childcare provider for over 15 years in daycare centers, children’s homes, ministries, and eventually I opened and operated my own home childcare. These certifications also assisted me in motherhood.

I once heard that it takes at least 10,000 hours of actively doing something in order for someone to be considered as an expert in their field of work. With confidence, I can say that I am pretty close to being an expert in the childcare profession. It is mandatory as a childcare provider that you maintain certain certifications like CPR, first aid, safe sleep, and universal precautions, as well as being able to identify child abuse and neglect. It is also mandatory to be screened for drugs and TB. Theses certifications and screenings help to insure those that care for infants and young children are well prepared and equipped with the skills to keep children safe. 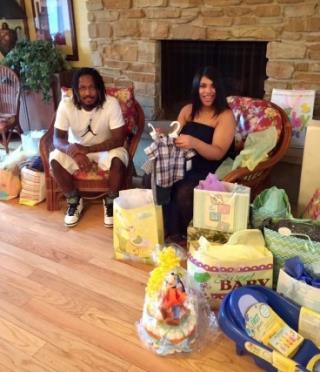 My cousin Keisha was a beautiful baby-girl whom I babysat a lot as a teen. She was my own little baby doll. I braided her hair and dressed her up. Keisha experienced a lot of trauma in her childhood. At the age of eight, Keisha, and her sister Rachel, came to live with my sister Tracey for a brief period, in an attempt to give them the structure and stability of a loving and nurturing environment.

When growing up, you typically inherit physical and behavioral traits from your family. Traits such as, the way you speak, the way you think, and habits that may be good, bad, or neutral. In our family smoking is a common practice. I remember my grandmother watching her soaps in the late morning and early afternoon with a cigarette in one hand and coffee in the other.

“Are you ready?” Keisha asked her boyfriend.

He threw the question right back at her, “Are you ready?”

I noticed they were staring at another cousin’s new baby boy. I knew what they had just announced without actually speaking the words. Keisha was pregnant! Keisha was very excited about her new baby. Her baby shower was an event. I made a watermelon carved baby carriage and three-layer diaper cake draped with all kinds of new and cute baby accessories that matched her baby shower color scheme. Throughout the entire shower, she beamed with pride while snapping a photo every 10 seconds.

On August 18, 2016, as I arrived at my aunt’s home the first thing I saw was an IPD officer standing in the garage doorway guarding the entrance into the home. Next, I observed immense grief plastered on the face of my grandmother and great aunt’s. Five minutes passed before Keisha came running out screaming, “MY BABY, MY BABY, MY BABY!!!!!!” We learned later, that baby DJ died face down on an adult bed with a bib around his neck in a house filled with the stench of marijuana. This was another devastating, but preventable, infant death in Indianapolis.

Many young moms are not ready to be parents; they do not know what they are supposed to do. They do not realize the seriousness of safe sleep practice and getting consistent prenatal care. It is time to ensure that we decrease the number of preventable deaths and eventually eliminate these tragic events. It is time to make sure this does not happen to another family. It is time break the generational cycles and inaccurate information around infant care and development. 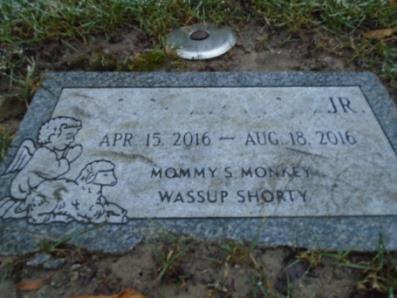 No woman thinks about her baby dying, but I know that infant mortality rates in Indiana have not changed much in the past 50 years. Not everyone is even aware of this silent epidemic. Even one child dying from a preventable cause is one too many!

Life events and family history can poorly prepare mothers for pregnancy and infant care. For example, because of trauma some women self-medicate with drugs and alcohol, which lead to poor choices in life. Some first-time moms are given poor advice, like “babies have slept on their stomachs for ages with no problems so it’s perfectly fine.” Some young women are told that grandma smoked around her kids and mama smoked around them so they see nothing wrong with smoking in their household.

Some may ask, “What is the big deal?” Well, I can tell you about the pain that accompanies this form of generational misinformation and harmful advice! As a result of this kind of bad advice, babies are dying at an alarming rate! 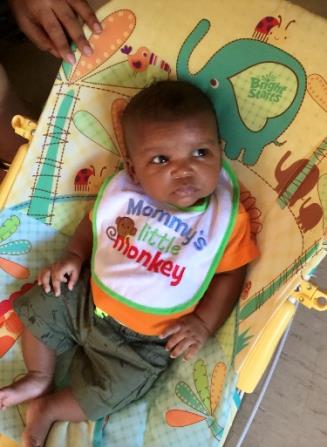 Remember, in Indiana, one baby dies every 14 hours. That is a rate of 7.3 of every 1,000 babies born dying within their first year of life.

Please realize that I am not judging my cousin or any mom who has lost their infant. They have processed enough pain. Keisha was living in a social environment that was stressful most days. She used the coping skills she knew.

As a new Grassroots Maternal and Child Health Leader in my Indiana community, I am committed to advocating for and building upon the skills of families to have healthy pregnancies and to, one day, eliminate infant mortality. I want to lead the charge to bring a sense of community back for women in my neighborhood. I want to implement a culture in which families know how to support pregnancies and where women are able to recognize unhealthy habits, harmful choices, and toxic relationships. I plan to empower women to change these harmful mindsets, habits, behaviors, and environments that their children are being raised in.

I am not only taking this serious as my job as a community leader, but for my family and myself. I have only had a few cigarettes in the past few months. I am going to stop smoking completely. I am breaking the cycle of smoking. It will stop with me! I am laying out a healthier lifestyle for my three beloved children, our community, and me.

*Some names are changed out of respect for the individuals involved.