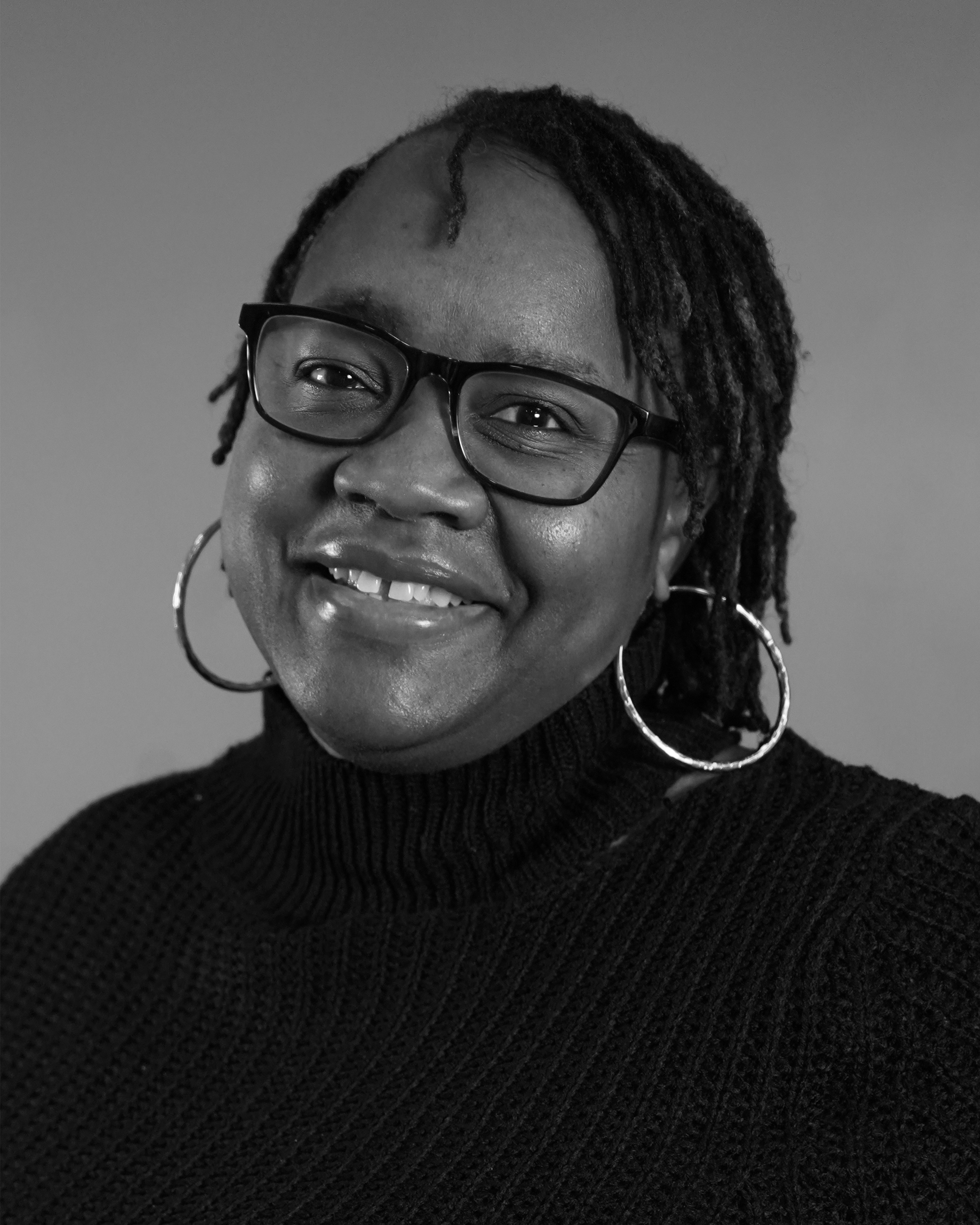 I was born in Missouri, but soon after my family moved to Mississippi. This is where we lived for a few years when my mom had separated from my father. Our family moved to multiple states as my mom figured out where we would live. When I was about eleven or twelve years old, we moved to Indianapolis and it was here that my parents were trying to work things out. They were off and on for many years. In 1978, in Indianapolis, my fourth sibling was born and about two years later my parents were off again. This separation was so bad that my mom relocated us kids and herself back to Mississippi. The year was 1980. I was 14 years old, and starting school at Gentry High School. It was here that I met my boyfriend and after a couple years of dating, in 1983, I learned that I was pregnant. At about six months into my pregnancy, I went in for a regular prenatal appointment to find out why I was feeling so sick. I learned at this appointment that there were complications with my pregnancy. This is when it all began.

During my sixth month of pregnancy, I was feeling tired and bloated. The doctor said he needed to do some tests to determine what was wrong. He ordered some blood test and another test. I remember the second test being scary, because it involved a long needle that injected yucky fluid into my body. I laid there and watched in fear. I was so afraid, but I just did what was asked of me without a clue of what would happen next. After the tests were taken, I waited for the results from the doctor. When he came back he said, “Ms. Moore, I’m glad you are sitting down, because I have some good news and bad news. Now, which one would you like to hear first?” I grabbed my face with both hands, as if this would help me take in the information, and calm my fears. I asked that he start with the good news. I thought that maybe, by hearing the good news first it would help me accept the bad news. According to the doctor, the good news was that I had the option of picking whether he should try to save my daughter or me during delivery. I immediately burst out crying. I didn’t know what to say to him at this point, so I just continued crying uncontrollably. I was 17, alone, at a clinic, getting the worst news of my life. All I wanted to do was go home and confide in my mom and boyfriend, but when I arrived at home I realized that they were both still at work. While I waited on them, I decided to eat and lay down. I was exhausted from crying.

While lying down I noticed that I was swollen and felt tight around my ankles, calves and arms. I felt so uncomfortable.

A few weeks later at seven months pregnant, my blood pressure about 198/134, and the doctor told me that I was a “walking time bomb”. After talking with my mom, my boyfriend, and his parents, we all decided to get a second opinion from a doctor at Greenwood Leflore Clinic where my boyfriend’s mother went for her appointments. This doctor was about 14 minutes away from where I lived. At this second clinic, I saw a doctor who ran some tests and they chose to have me hospitalized immediately. It was at the Indianola Clinic that I was told that my condition was called toxemia, which meant that my high blood pressure was a result of my being pregnant and the only way to bring my blood pressure down would be with medication. This was going to be tricky because there were a limited number of medications that I could take while pregnant. At this point, I was once again crying uncontrollably. Even with my mother around, I still felt all alone because this was happening to my baby and me; we were the ones that could potentially die. I was confused and did not understanding all of the big words the doctors were telling me; and I still did not know what to expect. I remember my doctors were apologizing to me because they did not have better news for me.

While at Greenwood Leflore Hospital, the doctors ran additional tests to try to find another way to get my blood pressure to come down, but they did not have any luck with this. I was hospitalized here for a couple of days, and restricted to a plain food diet. This meant that I was not allowed to have any salt in my food. This diet made the 17-year-old me really upset, because I was use to eating whatever food and snacks I wanted. Not being able to have salt limited my diet and made everything taste horrible. The food did not have any flavor.

After some time, the doctor came into my room to deliver more news. He said that there was nothing more that could be done for my unborn child, or me at this hospital. They wanted to prepare to send me to a larger hospital in Jackson, Mississippi, that was more equip to help me. I traveled for one and a half hours by ambulance from Greenwood, MS to Jackson, MS with the sirens blaring.

Once I got there, I went through more tests, and saw more doctors than I had ever seen in my life. My mom and my boyfriend’s family were at the hospital with me. The doctors were not use to seeing a pregnancy like mine. A doctor told me that my unborn child was only one pound at this time even though I was seven months pregnant. They did not want to give me a C-section, because they wanted her to grow and develop inside of me as long as possible. They were afraid that she might not live at such a low weight. They explained that she had a better chance of surviving if she stayed inside of me longer. I was starting to get a better understanding of what was happening to my daughter and this gave my family and me a sense of hope that both my daughter and I would make it. The doctors kept assuring me that they were doing everything that they could for both of us.

At one point, I remember at least 10 doctors standing at the foot of my bed and it was at this time that I realized that we did not understand all the big words they were using. I asked them to explain what was happening in simple terms, so they began breaking down the words so that we could better understand. They explained that I had been given different medications to try to bring down my blood pressure, but nothing was working. The doctors eventually decided that a C-section would be my only option.

Early into my eighth month of pregnancy, I went in for a C-section. My daughter was born weighting two pounds, four ounces. Immediately after delivery, she had to be rushed to the basement of the hospital where they kept all the babies who needed to be in an incubator—otherwise known as an oven back in the day. As I started to gain consciousness, after the surgery I began asking to see my baby, but I was told that she was doing well. I was not able to see her because I was bedridden under the doctor’s orders in hopes that my blood pressure would come down. My mom said that they let her take a glance at her granddaughter before she was rushed to the NICU. I thought that my mom and the doctors were lying to me about my daughter being alive just to try to get my blood pressure down. Their plan was not working. A week after giving birth my blood pressure had increased to 209/190; because of this, I was still bedridden. Finally, two weeks after having my daughter I was placed in a wheel chair and taken to the basement of the hospital to see her for the first time. I was so relieved to see that she was indeed alive, and only had one tube in the right side of her head, for feeding. I remember looking at her and thinking she was so beautiful with a head full of black hair. Soon after seeing my daughter my blood pressure went down. I learned to walk all over again, well at least that’s what it felt like to me; after having been in bed for over a month. At this time, I was released to go home, but I had to leave my daughter at the hospital so that she could gain more weight. It was not until she was about one month old that I was able to take her home. When I finally brought her home, she was four pounds and eight ounces.

While we had been in the hospital, we received a lot of support from our community. Everyone in my community who had been supporting me through this whole ordeal was there at my house the day I brought home my daughter, Jackie. Mrs. Blake, Mrs. and Mr. Smith, my boyfriend’s siblings, and my boyfriend played a huge role in my pregnancy as well as the recovery. They also helped me grow into my new role as a mom. I was so grateful for our community’s support and for my mom who took off work to take care for me. Our community stepped up to support my mom with gas money, rides to and from the hospital in Jackson, assistance with bills, and more. My mom was such a good sport about it all and she never even thought twice about leaving me alone when I was in the hospital, even though she had four other children to care for and a household to hold down. Our community’s support helped lift her up and assured her that they would continue to help care for our family.

This is why I chose to train to be a Grassroots Maternal and Child Health Leader. It has been thirty-four years since Jackie was born. I know that my story is not the only one of its kind. I know not every mother or baby makes it home from the hospital. I want to support young mothers in my community just as everyone did for my family and me. 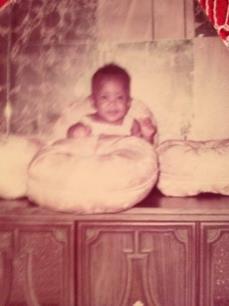 I am also an advocate for Grandparent’s Rights in Indiana. I am raising my nine-year-old grandson, and I know first-hand that grandparents do not get the same support that paternal parents get from the state to care from their grandchildren, even when they are the primary guardian. I believe that through political advocacy for grandparents and creating a culture of community support that we can have outcomes that are more successful for infants and families in my community and throughout Indiana.