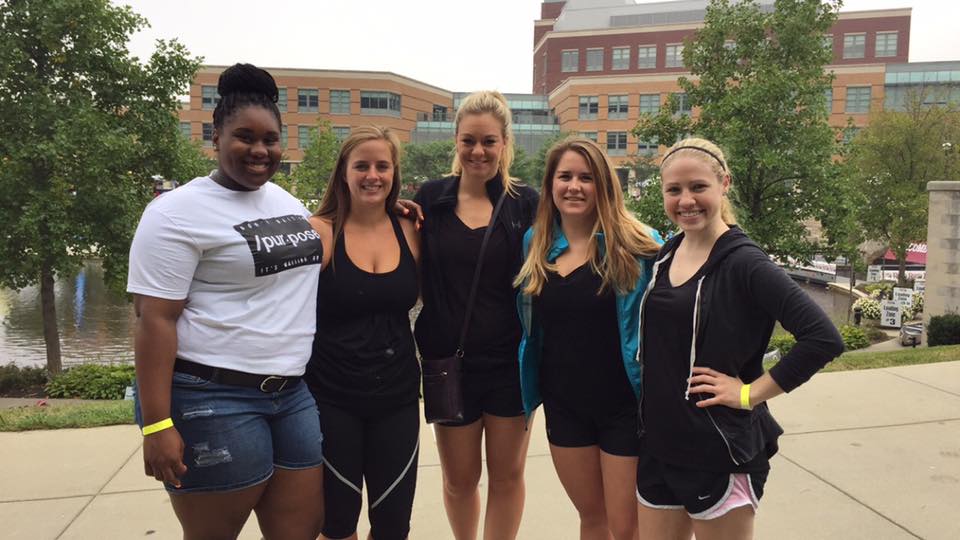 It was off to the races for the Richard M. Fairbanks School of Public Health at the eighth annual IUPUI Regatta. Five MHA students joined hundreds of other paddlers on Sept. 24 in a half-mile canoe relay race on the Indianapolis canal. The Fairbanks School of Public Health team consisted of Anna Cahill, Amy Gravelle, Kyra Hardebeck, Kristen Starkey, and alternate Deidre Keys.

The team finished seventh overall in the women’s final, the best finish for a team from the Fairbanks School of Public Health in our short history as a school. Second-year MHA student Anna Cahill, who organized the team, said, "The Regatta was a really fun experience that brought a lot of the Fairbanks students together outside of class. We were not expecting to get to the finals, so that was really exciting!"

The IUPUI Regatta is a signature event for campus. Every year in mid-September, 150 teams race from the Admiral Spruance Basin to the USS Indianapolis basin, then back again. The event also features musical performances, family fun opportunities, food trucks and school exhibits.