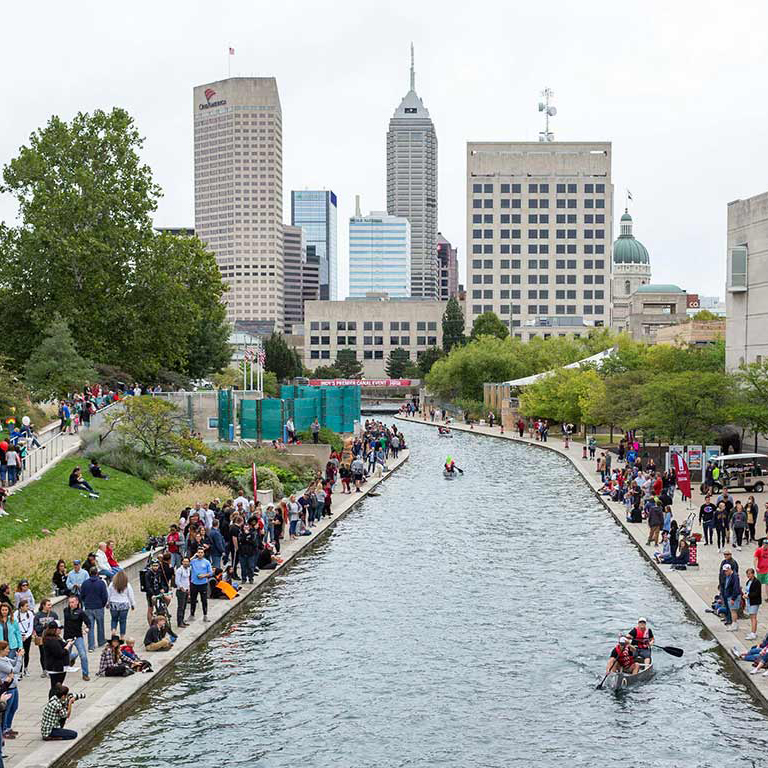 For another consecutive year, the Master of Health Administration students at the IU Richard M. Fairbanks School of Public Health represented the school in the 10th Annual IUPUI Regatta. Each year, hundreds of paddlers compete in Regatta, the largest student-run event at IUPUI.

This high-energy, half-mile canoe race on the downtown canal happens in the heart of Indianapolis, Indiana. Faculty, staff, and students from the Fairbanks School of Public Health showed up in great numbers to cheer on the MHA students.