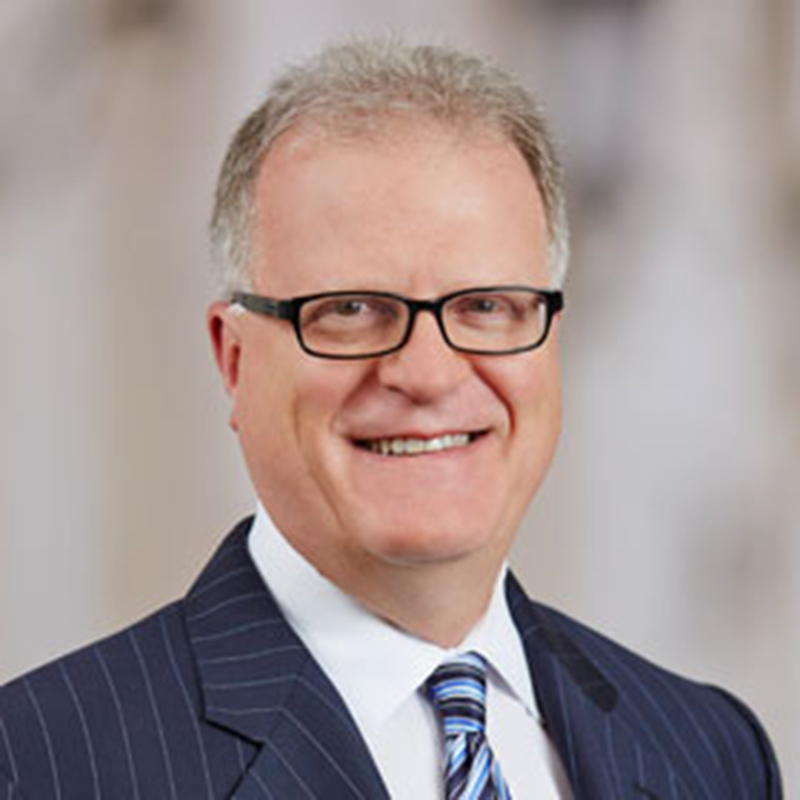 After Joseph Impicciche (JD’83, MHA’91) completed his law degree at IU, he began to work for Hall Render Heath Killian and Lyman where he was first exposed to healthcare law. His tenure in the firm inspired him to pursue a Master of Health Administration (MHA).

Impicciche fondly remembers how the program helped teach him the value of learning to work with others in teams and groups.  “Unlike the law degree, which is just all solo, in the MHA program most classes had group projects which required deliverables from the team,” said Impicciche.

Impicciche describes this experience as his first chance at learning how to allocate work responsibilities among team members and exercising leadership skills in new ways. He believes that the lessons students gain in these group projects teach individual accountability and leadership skills, which are valuable and transferrable in the workplace.

Outside of the classroom, Impicciche encourages students to diversify their experiences to help them gain skills and proficiencies that help them reach their career goals. He said that “Healthcare is rapidly changing, and the historical model of providing healthcare is quickly disappearing. It’s becoming more retail oriented and digitized.”

The new model challenges healthcare leaders to consider ways to serve patients where they live, and to utilize technology in new ways to provide services and meet patient needs. Impicciche believes that young leaders who have backgrounds in consumerism, digital platforms, and retail medicine will add value to the healthcare industry.

In January 2019, Impicciche assumed the role of President and Chief Operating Officer for Ascension.  He is excited about this new role and says he intends to rely heavily on the MHA education he received from IUPUI in this position.  Previously, he served as General Counsel at Ascension since 2004. Earlier he was a partner at Hall Render Health Killian and Lyman, where he concentrated on public finance, business and tax law for nonprofit organizations. He then served as General Counsel for Ascension’s St. Vincent Health in Indianapolis.